Lemon grass isn’t grass of lemon tree, if you are thinking so. Lemongrass is an aromatic tall grass of Cymbopogon species and is cultivated widely in tropical and subtropical regions. It gets its name from the citrus or lemon-like flavor and aroma. It is also known as ginger grass in some parts. Lemongrass is grown throughout Southeast Asia to Central Africa, Brazil, Central America and West Indies. It is a popular herb in the recipe books of Asian and Caribbean cooks. Lemongrass has been used as herb, cosmetics and as traditional home medicine across the globe.

Health benefits of Lemongrass include its ability to cure fever, headache, digestive tract disorders, cough, cold, convulsions, high blood pressure. Some health benefits of lemongrass can be attributed to its anti bacterial, anti fungal, detoxifying, anti oxidant, stimulant, antidiarrheal, anti-inflammatory properties. Apart from these health benefits, it has wide culinary use and use in cosmetics and other aromatherapy products.

Various parts of the plant, mainly leaves and rhizome has been used as therapeutic agent in ancient medicine forms like Ayurveda, Unani. In Indian folk medicine, it finds place as treatment on gastrointestinal troubles and fever. Chinese people have been using lemongrass as an ansiolitic. It is used to treat flu and pneumonia in Malaysia, while as antipyretic and stimulant in Nigeria, while as analgesic in Cuba and Caribbean region. In UK, it has been used to revitalize body and health stimulant. In Brazil, it is an important folk medicine and used in treatment on viral infections like cough, flue, malaria, pneumonia, gastrointestinal disorders, as anti-inflammatory, anti-diarrheal medicine and stimulant.

Lemongrass  is a store house of essential nutrients, which have positive health benefits. It contains essential vitamins including Vitamin A, Vitamin B1, Vitamin B2, Vitamin B3, Vitamin B5, Vitamin C, Folate. It also supplies body minerals like potassium, calcium, manganese, phosphorus, copper, zinc, and iron which are required for healthy well being. Lemongrass also contains various phytochemicals like antioxidants, flavonoids, terpenoids, lignans, sulfides, polyphenolics, carotenoids, etc., which are important for body. Lemongrass contains compound called lemonal or citral which provides it distinct lemony flavor and has antioxidant and antimicrobial properties. Citral content in dry lemongrass is more than in fresh lemongrass.

Scientific studies confirm antimicrobial, especially antibacterial and antifungal, activity of lemongrass oil and its components. It is considered effective on fever and in some parts of world known as fever grass. Herbal tea from lemon grass is used as medicine on fever, cold and cough. It has medicinal properties and used extensively in Ayurvedic medicine.

Antibacterial properties of lemongrass damages cell formation of Escherichia coli bacteria and thus deter their growth. It is also effective on other pathogens like Helicobactor pylori and thus beneficial in prevention on gastro intestinal disorders like ulcers, constipation, ulcerative colitis, diarrhea, stomach ache etc. It helps in proper digestion and prevents any such problems. Study has also showed that lemongrass essential oil has Anti-ameboic effect and prevention of growth of single celled microbes Entamoeba histolytica which are responsible for diarrhea and gastro intestinal troubles.

In ayurveda, lemongrass has been attributed property of curing cold and cough. It is effective on nasal congestion and prevention of respiratory diseases.

Lemongrass is considered a tonic and relaxing agent. Fragrance of lemongrass is refreshing and mentally stimulating, and it eases anxiety, stress and cramps. Lemon grass essential oil helps tighten weak connective tissue and strengthens blood vessels. A preparation of lemon grass with pepper is considered home remedy on menstrual troubles and nausea. It is found effective treating bruises, pulled ligaments and swollen tissue. Because of this property of Lemongrass, it is used in aromatherapy practices. lemongrass oil applied directly to skin helps relieve headache, stomachache, abdominal pain, and muscle pain. Lemongrass oil as stimulant helps in revitalizing and refreshing the body. Its cooling effect is beneficial for body and mind.

Lemongrass is deeply calming to the nervous system and as such can help treat stress, fatigue, tension, anxiety, insomnia, and even depression. It is probably because of these reasons, lemongrass finds itself as ingredient in spa products. Consuming Lemongrass tea is best way of treating Insomnia. Lemongrass tea helps calm down muscle and nerves of body and induce sound sleep. Research is ongoing on properties of lemongrass as sedative and hypnotic properties. Lemongrass stimulates the mind and helps in combating convulsions, nervousness, vertigo and various neuronal disorders such as Alzheimer’s and Parkinson’s disease.

Benefits of lemon grass for skin

Lemongrass has astringent properties and used in treatment of oily skin. Due to its antibacterial effect, it prevents pimple and acne formation. Lemongrass oil massage helps stimulate blood circulation, tone up skin tissues and firming of skin. It helps you get a younger looking skin.

Lemongrass is very good cleansing agent and helps in removal of unwanted substances from body and internal organs. It thus keeps body fit from inside. This property of flushing uric acid and harmful toxins through urine can be attributed to diuretic properties of citral in lemon grass. Detoxification also helps in loosing weight.

In addition, lemongrass is also known to be a great pain killer. It offers great relief against various pains such as toothache, joint pain and muscle pain. Lemongrass helps in alleviating the pain and discomfort caused by headaches and migraine attributing to its analgesic properties. The phytonutrients present in lemongrass improves the blood circulation and helps in relieving the spasms, muscle cramps, sprains and backache. Lemongrass is valuable in treating sports wounds including dislocations, internal injuries and bruises. Lemongrass is effective in relieving the pain and discomfort caused by rheumatism. It can be applied topically on the lumbago and sprains and helps in relieving neuralgia and other painful sufferings.

The refreshing fragrance is believed to calm any anxiety and increases sexual mood. Lemongrass has galactagogic properties which promotes milk formation in mammary glands. It stimulates the menstrual flow and helps in soothing menstrual cramps and discomfort. However proper care or consultation of health practitioner should be taken for pregnant or nursing mothers.

In Israel, drinking fresh lemongrass tea is recommended to cancer patients going for radiation or chemotherapy. Citral in Lemongrass is believed to prompt apoptosis (self destruction) of cancer cells. Lemongrass is found effective in treatment of various cancers cells. Research is very active in this area and promising. Early results have shown effectiveness of lemongrass extract on treatment of skin cancers, hepatic cancer and breast cancer.

Lemongrass has hypoglycemic and hypolipidemic effect, which helps in controlling levels of glucose, lipoproteins, cholesterol in body. Lemongrass is found beneficial in treatment of diabetes.

Lemongrass is also called fever grass, because of its ability to cure fever. It has anti-pyretic and diaphoretic effect. Traditional medicines have been using lemongrass in treatment of fever and other inflammation.

Lemongrass is good in curing edema which results in water retention in body tissue. This can be attributed to the cleansing effect of lemongrass, which helps reduce swelling.

Detoxifying and hypolipidemic property of lemongrass is responsible for effectiveness of lemongrass on obesity. It prevents storage of unwanted fats and diet induced weight gain. It acts as stimulant and tonic to body system and results healthy metabolism.

Apart from being natural insect repellant, it helps inhibit growth of insect borne diseases like malaria, dengue and lyme disease. Studies have shown that lemongrass extract and lemongrass oil suppresses growth of malarial pathogens almost equally as anti malarial drug Chloroquine. Lemongrass contains bioactive chemicals which also acts as insect repellant. Lemongrass oil is used as pesticide, larvicides and repellant. It is used in mosquito repellants and pet grooming products. Despite its ability to repel insect, it is used to lure and attract honey bees in apiculture. Lemongrass oil resembles certain honey bee pheromone and can lure bee swarms.

Caution and Side effects

Though consumption of lemongrass is very safe, it may cause allergic reactions in some people. Direct application of undiluted or concentrated lemongrass oil should be avoided and kept out of reach of children. Pregnant women or nursing mothers should consume lemongrass with caution and proper advice. 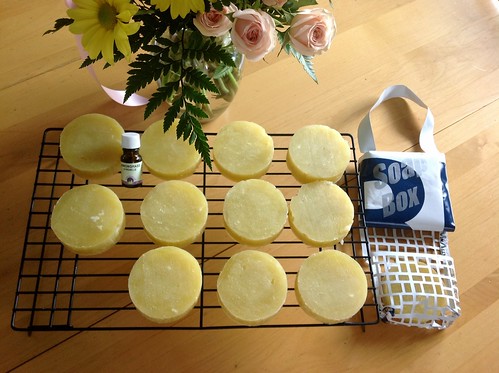 Culinary Uses of lemongrass – It is used in preparation of curries, marinades, sea food soups, salads, marinating seafood, meat and chicken. It blends well with other herbs and other fruits, adding a refreshing lemony flavor to food. In Thailand, Lemongrass or Takrai apart from being remarkable natural medicine, is important part of daily Thai cooking. The most commonly used parts of the plant are its leaves and stem. In Philippines, Lemongrass or Tanglad is used in food for its zesty lemon flavor. Lemongrass is used in preparation of various beverages including soft drinks and herbal tea. Aromatic herbal tea made from lemongrass is popular in Southwestern India, parts of Peru and South East Asia. Lemongrass Tea is commonly used in African countries like Togo, while in Java it is part of highly spiced “sherbet”.

Other uses of lemongrass – Lemongrass and essential oils of Lemongrass has property of absorbing moisture and traditionally used in preserving ancient leaf manuscripts. Not only it absorbs moisture, it has protective anti-microbial effect.Lemongrass offers a refreshing fragrance and has soothing effects and hence finds its place as an ingredient in cosmetics, sampoo, soaps, perfumes, deodorant and other spa products.  Lemongrass contains compound called Citral which is starting material for manufacture of Vitamin A. Lemongrass is also used in India for making paper, as fuel, as source of manure, mulching coffee and preventing soil erosion.