Yogurt is an ideal ingredient for smoothies as it adds a perfect amount of protein, making it a filling snack or breakfast. Yogurt adds a massive 12 grams of protein…Read more

Who doesn’t like cheese? A report says Americans eat more than 20 pounds of cheese in a year! According to International Dairy foundation around 500 odd varieties of cheese are…Read more

In our article on benefits of goats milk we discussed amongst other benefits, how goat milk is useful for our skin. Goats milk contains less fats and more proteins and…Read more

Although cow’s milk still remains the most consumed milk in the world, not many people know that goat milk is a healthier alternative. Since goat milk is organic and raw,…Read more

For most people, drinking camel milk may not sound like an appetizing choice. However, new research has shown that camel milk is bursting with health benefits that will make you…Read more 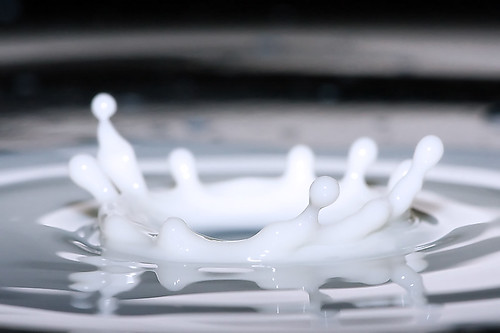 Its said “Milk—It does a body good”. Very rightly, consuming milk and milk products provides various essential nutrients and health benefits. Milk, considered a wholesome balanced diet, has been primary source of nutrients for all animals since their birth. This white liquid produced by mammary glands in animals has been primary nutrient source before they digest complex nutrient source. Apart from being rich source of nutrients, Milk has been regularly used for its medicinal properties by various ancient medicinal folks. In Ayurveda, ancient Indian medicinal science, milk finds its special place.

Ever since humans have started domestication of animals, they have been consuming milk. Milk and milk products have been used in ancient Egypt by wealthy people and was considered symbol of wealth. History of milk has also been interesting. In every human civilization milk had its own place of importance.