Packed with nutrients and having a wonderful taste, coconut water not only quenches your thirst but is also a drink that is extremely beneficial to your health. As such, this…Read more
Honeybush just like Rooibos is native to South Africa’s Eastern Cape region. Around 300 square kilometer of mountain lands of East Cape grows wild honeybush. Cultivation of Honeybush is not…Read more
We often hear about black tea, green tea or sometime white tea. But what is Rooibos tea? Rooibos tea is no way related to the tea plant, but derived from…Read more
What is white tea? Is white tea just black tea made with more milk? Yes, you can fool small children insisting to drink tea which is not good for their…Read more

Health benefits of Black tea can be attributed to its anti oxidant and other medicinal benefits. Black tea is considered to be stronger anti oxidant compared to oxidized than oolong tea, green tea and white teas. All tea types are made from leaves of tea shrub, however making of black tea involves an additional step which requires aeration of cut and withering leaves for several hours. This aeration oxidizes the flavonoids and darkens the colour of tea leaves. 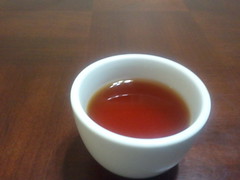 While the flavor of black tea is itself enjoying, one has choice of enjoying it in various ways. Normally people add milk and sugar to black tea. One may also add various herbs like ginger, cargamom, cinnamon, lemon grass, basil leaves, etc. In China, people add sweet, spice, chocolate or even rare herbs while brewing black tea. The plain black tea is rich in antioxidants known as polyphenols and also has minimal contents of sodium, proteins and carbohydrates.

What is Green Tea:

Tea is produced from processing of leaves of Camellia sinensis plant. Three key varieties of tea in market are black, green and oolong based on different processing methods employed.

How is green different from normal tea?

Green tea is like regular black tea. Green tea leaves are steamed, or baked soon after plucking, while black tea is not. Green tea is not fermented hence finished tea is green and similar to natural leaves. Since green tea is unfermented it undergoes minimal oxidation and so it has higher concentration of powerful antioxidants called polyphenols than black tea.

Tea contains polyphenols such as catechins including epicatechin, epigallocatechin, epicatechin gallate, and epigallocatechin gallate (EGCG), along with alkaloid and caffeine. EGCG accounts for more than 40% of the total content. Antioxidant activity of EGCG is about 25-100 times more than vitamins C and E. One cup of green tea may provide 10-40 mg of polyphenols and has antioxidant effects that are greater than a serving of broccoli, spinach, carrots, or strawberries.

There is myth that green tea does not contain caffeine. However, all types of tea including green tea contain caffeine. However amount of caffeine depends on the plant from which leaves are taken and oxidation process during processing. Caffeine in green tea is minimal if compared with other teas. A cup of green tea has around one third less caffeine than same cup of coffee. Studies are been taken on methods of harvesting tea and limiting oxidation to reduce caffeine in green tea to the extent possible.