Omega 3 fatty acids have been known to be beneficial for health since 1930. However it was only in 1990 that its uses have been drastically popularized.  In 1970, studies on Greenland Inuit people and Japanese people showed that they consumed large amount of fats from sea food and displayed no heart related diseases, which was later found supportive evidence to omega 3 fatty acids in sea food.  In 2004, US FDA gave qualified health claim status to EPA and DHA omega 3 fatty acids.

What are Health benefits of Fish Oil?

As we have already discussed, health benefits of fish oil can be attributed to presence of Omega 3 fatty acids DHA and EPA present in fish oil. Research have shown that ratio of omega 6 to omega 3 fatty acids is important criteria. Elevated ratio has been major risk factor for various cancers, thrombotic diseases, allergy, hyperactivity.  Japan Society for Lipid Nutrition recommends ratio less than 4 for healthy adults and ratio less than 2 for prevention of chornic diseases. World health organization recommends ratio of 3 to 4. Studies have shown that in US ratio is around 10, which stresses on need for intake of omega 3 fatty acids in form of supplements like fish oil and others. 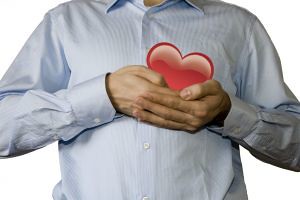 Heart Health and prevention of heart related disorders: A research study published in Journal of American College of Cardiology, covering thousands of patients, have provided sufficient evidence that omega 3 fatty acids from fish or fish oil may not only prevent cardiovascular diseases but also reduce cardiac events with existing heart diseases. Study has suggested for consumption of omega 3 fatty acids. Daily dietary intake of fish oil can reduce risk of atherosclerosis, arrhythmias, heart attack, cardiac death and even health failure. Omega 3 fatty acids – EPA and DHA help improving heart’s electrical activity, vascular tone, blood pressure, among other benefits. Though most studies have found health benefits of fish oil over heart diseases, there are group of researchers who have been questioning health benefits of fish oil for heart health. Read “Fish oil questioned as treatment for heart disease” – Harvard medical School. Still it is only because of health benefits of fiish oil and omega 3 fatty acids that various countries including organizations like World Health Organization have made formal population based recommendations for omega 3 fatty acids and fish oil. According to American Heart Association (AHA), fish oil and Omega-3 fatty acids have been shown in epidemiological and clinical trials to reduce the incidence of cardio vascular diseases.

Depression:  It may appear absurd, but there is strong correlation between daily fish consumption and depression.  Scientists have noticed that countries with the highest fish consumption had the lowest rates of depression. Imbalance in omega 3 and omega 6 fatty acids have shown high correlation with depression. These fatty acids have been associated with reducing inflammation. Some studies have suggested that omega-3 fatty acids can help smooth out the mood swings of bipolar disorder. It is because of omega 3 fatty acids, fish oil is good for relieving depression, anxiety, sadness, restlessness, mental fatigue, stress, decreased sexual desire, suicidal tendencies and other nervous disorders

Diabetes: American Diabetes Association (ADA) recommends consumption of fish oil regularly for improving health in diabetes. Researchers at the University of California have identified the molecular mechanism that makes omega-3 fatty acids so effective in reducing chronic inflammation and insulin resistance. This has led to considering fish oil as dietary remedy on diabetes. Another studies done in Australia have shown that increasing intake of fish oil and omega 3 fatty acids reduce resistance to insulin in body. This caused a decrease in insulin level in blood as lower levels were now enough, which then caused the body to burn the glucose deposits already present. So the sugar levels in the blood were lowered without using any medication.

See also  What are the amazing health benefits of Salmon mousse?

Gum  Disease: Fish oil due to its anti inflammatory properties is found effective on treatment and prevention of periodentitis, an inflammatory disease separating gum tissue from teeth.

AIDS: Though not conclusive but some promising research has been going in the area of benefits of fish oil in treatment of AIDS.

Pregnancy: Fish oil is found very useful for pregnant women. DHA helps in development of the child eyes and brain. It helps in avoiding premature births, low weight at birth, and miscarriage. It makes sense for eating fish or taking fish oil supplements during pregnancy for development of child.  However fish oil obtained from fish liver which are rich in Vitamin A or retinol should not be consumed during pregnancy.

Fish oil also along with omega 3 fatty acids also contains Vitamin A and D which is helpful in strengthening of bones and prevention of eye disease and skin diseases. There has been insufficient evidence on fish oil and its health benefits on Allergies, Alzheimers’s disease, Atrial fibrillation, dry eye syndrome, Cataract and cancer. However health benefits of Fish oil cannot be underestimated.